This week was a great week to finish up with. King Arthur and the Knights of the Round Table was a very interesting topic and something that I have been intrigued with for many years. Young boys seem to always be interested in the Knights of the Round Table, but I never really had a chance to explore deeper into their history until this week. This class was overall a very interesting class that challenged me in many different ways from typically structured classes. The online aspect required me to keep on top of the class work instead of relying on the instructor talking about assignments during class time. I also love to read, so getting the opportunity to read all of these different fables and tales was super fun and expanded my typical genres that I read. The project was very daunting at first, but I grew to enjoy building on my site after initially got it all set up. It was also very interesting to read everyone else's projects and get to interact with other people in the class. This helped to make the class feel very involved despite it being completely online. I also really enjoyed how involved professor Gibbs was with all of our projects. I felt like she was really trying to help me succeed in the class. 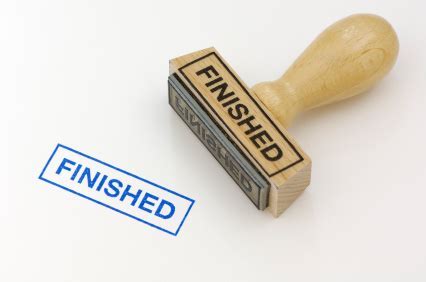 I was really intrigued by the stories of King Arthur and the Knights of the Round table, so I decided to start with reading about King Arthur.

I then chose to go to the page about Merlin because he was an important figure in the tales about King Arthur. Merlin was known as an enchanter or wizard throughout most of the tales.

Knights of the Round Table: (Knights Story Source) 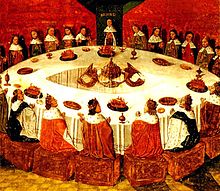 I was born a larger than average baby. Before I was born, my family consisted of my mom, dad, and two sisters. I ended up being the final piece to our family. We grew up very close and are still close to this day. I believe that this is due to how my parents raised us. they instilled in us the value of family as well as Christian values to live by. This allowed us to see each other as more than just a brother or sister, but as one of God's children. I will forever be thankful for the life I grew up in.

My early childhood can be summed in very few words. I was blessed to grow up in a house full of love, respect, and laughter.

These two stories are about my childhood and I wanted to write a 100 word story and then boil that down even smaller into a 25 word story. 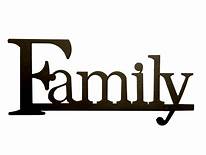 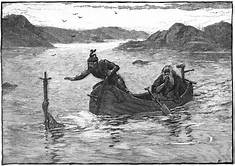 Week 12: Storytelling - How Mr. Rabbit Was Too Sharp for Mr. Fox

How Mr. Rabbit Was Too Sharp for Mr. Fox (Story Source)

Brer Fox was sitting around his house one day thinking of ways to trap ol' Brer Rabbit. He was going through every thing he could think of from traps and snares, to riddles and games, but try as he might, Brer Fox just couldn't think of the perfect way to trap Brer Rabbit.

Out of nowhere, Brer Fox came up with the idea to create a tar baby that would trap ol' Brer Rabbit.

Just as Brer Fox thought, Brer Rabbit came strolling on down the road and stopped once he got to the little tar baby.

"Why are you sitting on the side of the road young sir?" asked Brer Rabbit.

The tar baby stayed sitting in the same spot.

"Um excuse me, it is very rude to ignore someone young man" said Brer Rabbit with a bit of annoyance.

The tar baby still did not move from its spot.

"Now you listen here!" yelled Brer Rabbit. "Who do you think you are? I am trying to help you and you won't even look up at me. Well let's have a look at who you are."

And with that Brer Rabbit grabbed the tar baby's shoulder to look at his face and his hand became stuck.

"Unhand me you scoundrel" cried Brer Rabbit as he put his other hand on the tar baby.

This hand became just as stuck so he tried to kick the tar baby off of him but to no avail, he was as stuck as they come.

At this moment Brer Fox, who had been watching the whole ordeal, comes strolling out of the brush and begins laughing at Brer Rabbit.

"I am gonna have so much fun cooking you up Mr. Brer Rabbit" said Brer Fox.

"Why would you wanna cook me up?" asked Brer Rabbit. "It would be such a bother to gather the wood for a fire. Do whatever you want to me Brer Fox but please just don't throw me in the briar patch."

"You make a good point. I won't cook you but I think I'll just hang you" said Brer Fox.

"You can hang me if you want to drag me to a tree seeing there isn't one in sight" said Brer Rabbit. "Do whatever you want to me Brer Fox but please just don't throw me in the briar patch."

With that, Brer Fox hurled Brer Rabbit into the briar patch and the tar baby went flying off of him.

As Brer Rabbit landed, he bounced right back up and laughed at Brer Fox.

"You fool, I was born in a briar patch" yelled Brer Rabbit. "I have outsmarted you once again you dumb fox."

With that Brer Rabbit ran off and lived to fight another day. 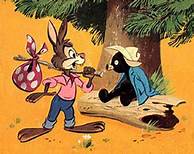 The Shepherd of Myddvai by Joseph Jacobs (Story Source)

Shepherd of Myddvai (Picture Source)
at November 11, 2020 No comments:

Week 11: Storytelling - The Attack on the Giant Elk

In the olden days, the people feared the great beasts that roamed the earth and did as they pleased. They would kill for sport any human that they desired, and there was no way for the people to protect themselves. One of the most powerful and ruthless of the great animals was the Great Elk.

The woman who lived in the west heard their prayers.

She decided to have a son and send him down to help out the people. Jonayaiyin was his name and he came to earth as a child.

Within four days he had grown to manhood and the people went to him for help defeating the Great Elk. Jonayaiyin was more than happy to help and could not wait to get started.

"Where does this Great Beast live?" Jonayaiyin asked.

"In the vast desert out west," replied the village Chieftain.

The moment the Chieftain told Jonayaiyin where the great beast lived, Jonayaiyin was off to slay the beast. Within four steps he had reached the vast desert and started looking for the Great Elk.

The Great Hawk was flying overhead and saw Jonayaiyin on the outskirts of the desert and decided to fly down and see what he was up to.

Jonayaiyin told the hawk that he was here to kill the Great Elk. At first the hawk was taken aback by the thought of one of the other great beasts being killed, but then thought of how much he despised the haughty Elk and decided to help.

They came up with a plan for the hawk to take Jonayaiyin up over the elk and drop him from above onto his back.

With Jonayaiyin clutched in the hawk talons, the duo began nearing the spot where the Great Elk was grazing. When they were directly above him, the hawk released Jonayaiyin and he began falling through the sky headed right for the unsuspecting elk.

Jonayaiyin landed directly on the back of the elk. The Great Elk suddenly began bucking wildly trying to rid himself of this nuisance, but Jonayaiyin was too nimble and strong. With one great swoop of his hatchet, he lopped off the head of the elk and they fell to the ground.

Jonayaiyin had done it. The Great Elk was no more.

He then lopped off the hind quarters and gave them to the hawk for his help, took the front quarters back to the people, and lastly kept the antlers for himself. 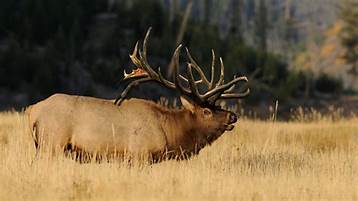 Week 11: Reading - The Attack on the Giant Elk and the Great Eagle

Brer Rabbit: How Mr. Rabbit Was Too Sharp for Mr. Fox (Story Source) 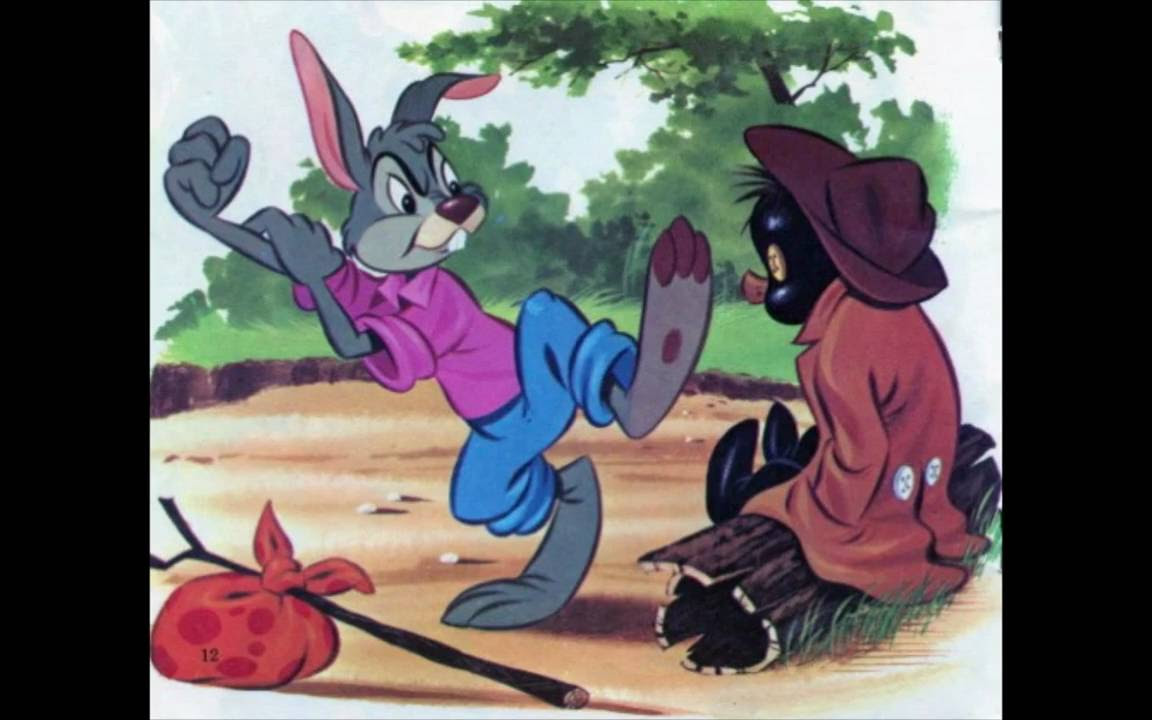 So far I am fairly happy with my progress because I finally have a decent schedule for each week. I am going to need to do a lot of extra credit opportunities in the coming weeks because I have missed a few assignments in coming weeks. It has kind've come at a good time because I tested positive for Covid-19 and have a ton of free time on my hands. haha A major thing I want to change in the coming weeks is to jump out in front of due dates and work on assignments throughout the week. 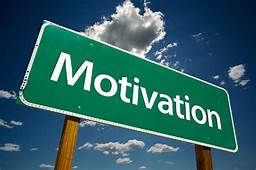 Email ThisBlogThis!Share to TwitterShare to FacebookShare to Pinterest
Labels: Week 8

I have loved all of the comments that I have received from my fellow classmates. It really makes me want to put more work into my comments that I leave on people's pages. I have received quite a few comments on the layout of my portfolio page so I am going to work on making that a little more eye popping. I won't lie my comments have been lacking when it comes to other people's sites. I have yet to find a good way to come up with enough material to keep it from sounding like I am rambling. However, I am confident I will find one and am not disheartened. I have been getting a sense of knowing other people through the process of comments and feedback. In the future I am going to be more intentional with my project comments and really make the most out of them. 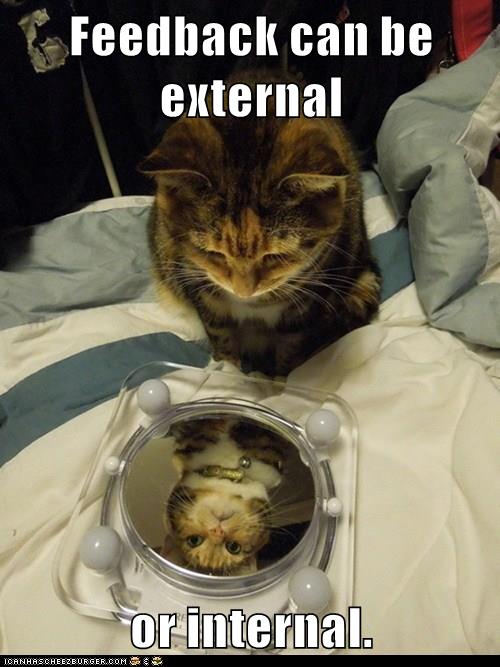 This week was a great week to finish up with. King Arthur and the Knights of the Round Table was a very interesting topic and something tha...